The installation consisted of a blank white armchair, placed in a darkened surroundings. It got colorful "textile" surface by projected light. 25 different motives changed every 10 seconds. Intentionally, the projected images were not textile patterns, but real personal photos. These pictures stood for life, adventures, feelings and memories. Because of the "living pattern", the viewer was pushed in a discussion with himself about related private situations or dreams. 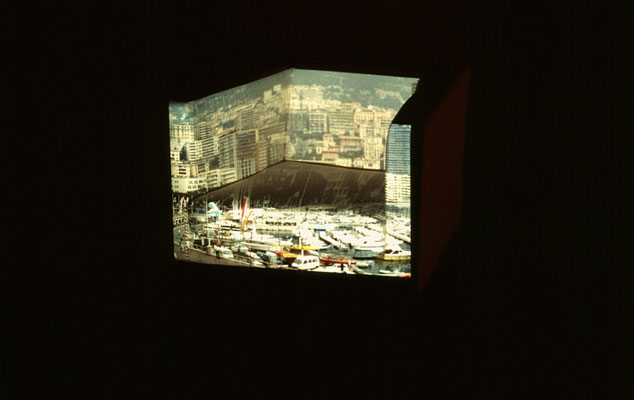 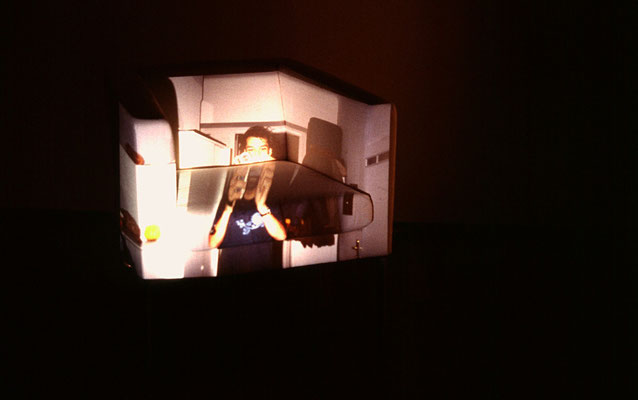 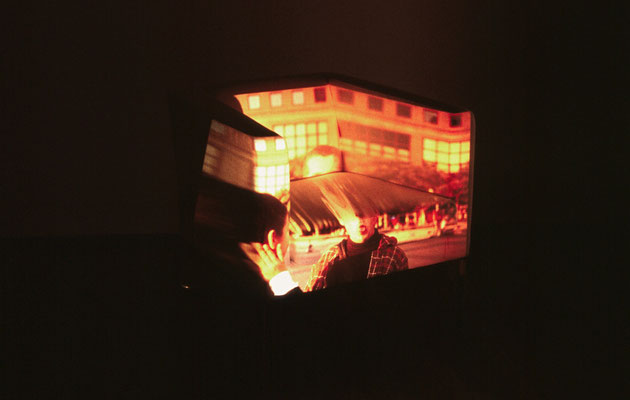 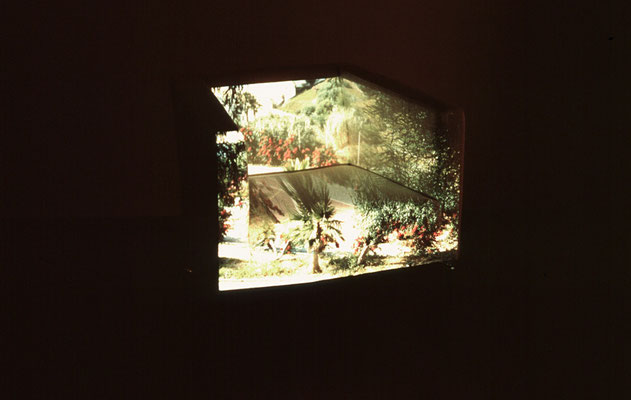 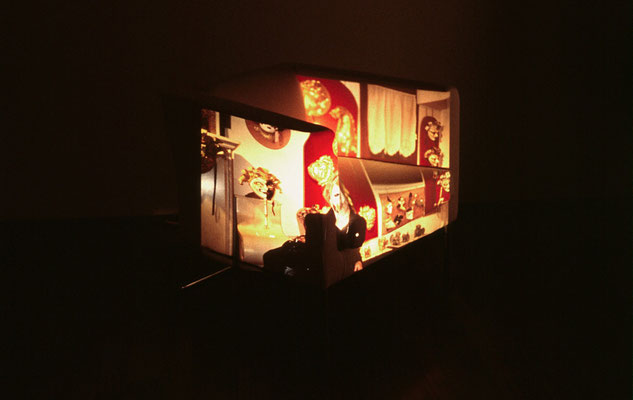 One-Mobile (mobile operator) hosted a competition with the aim to promote an art installation in the One Mobile flagship store in the heart of Vienna, via Stephansdom. The topic was "Wave". Lili Ploskova was one of the competition winners. The main idea of her sculpture was to compose two expressions together: the naturalistic ocean wave and the invisible mobile wave. The object was hanged "invisibly" and "mobile" in the air, but it had the the body and colors of water and waves. 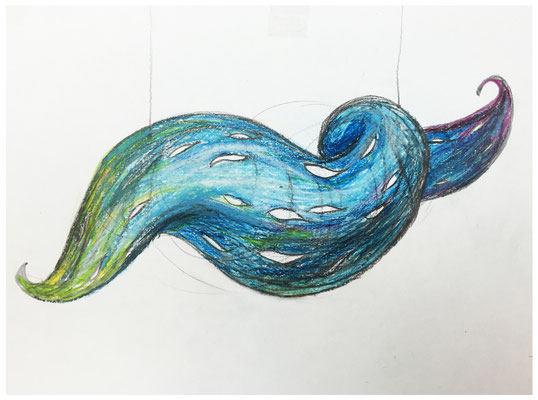 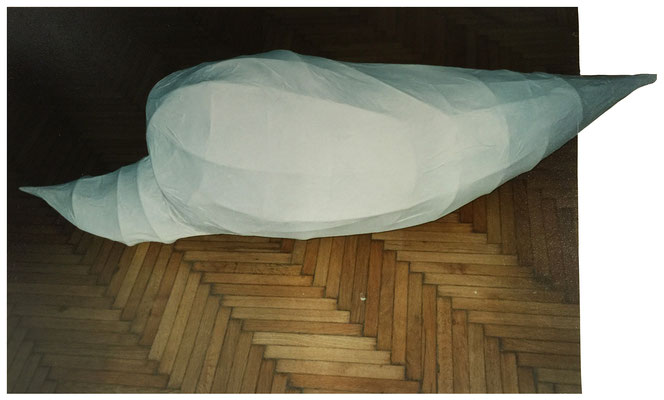 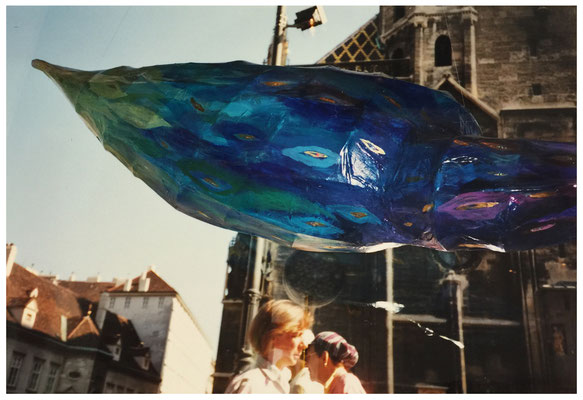 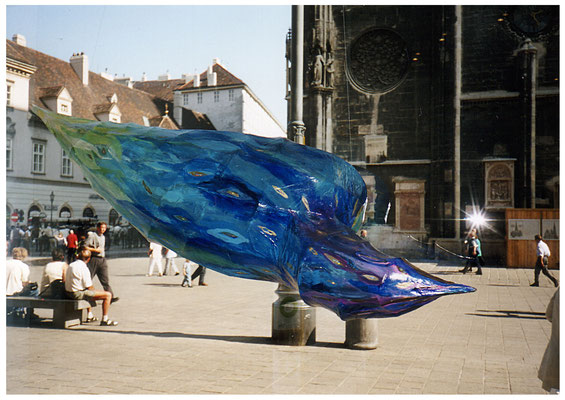 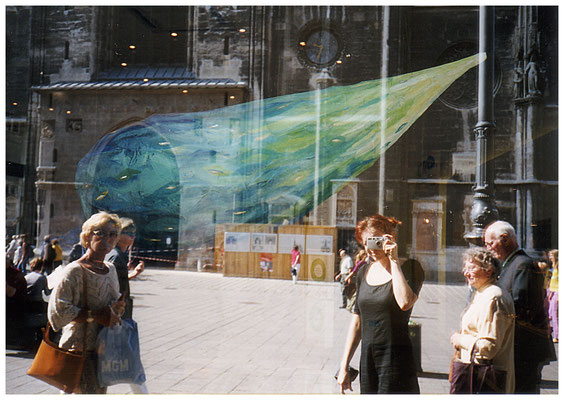 Out of the love to textile and natural objects, Lili has been creating multiple installations of textile objects through the years. At the beginning, after finishing her tapestries in 1999 she started to collect strange natural objects and textile materials. Later she used them for building composition of small sculptures. 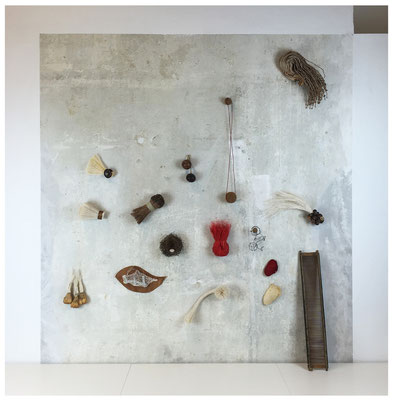 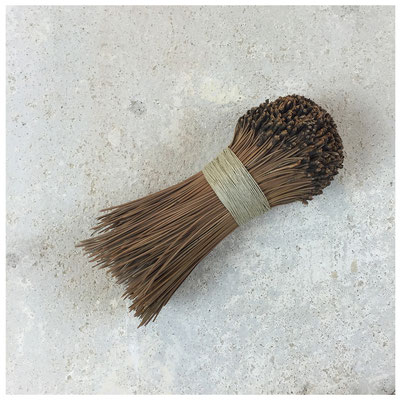 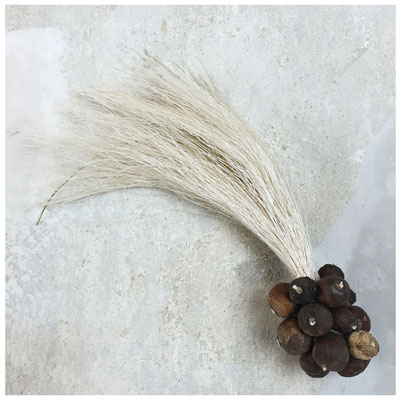 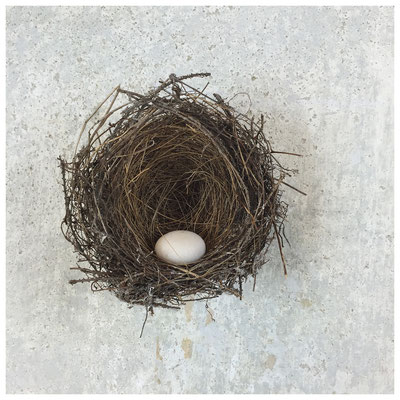 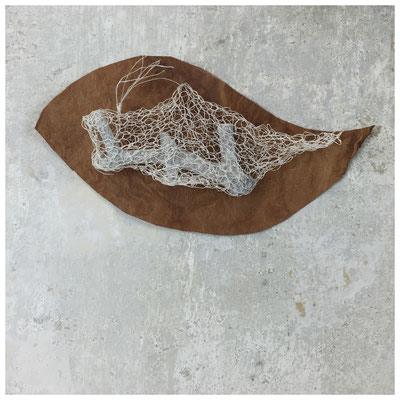 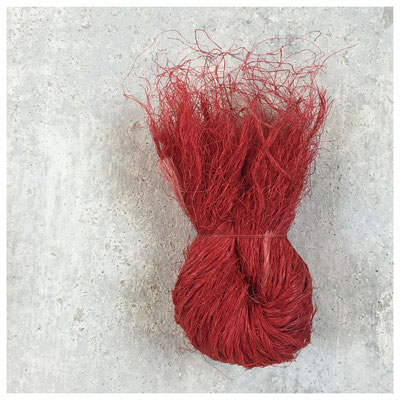 The Seeds of Mars installation has been finished in 2005. It´s the second part of the series Seeds of Mars 2004 (Paintings II). It consisted of five voluminous objects, which were exposed in a state of suspension, just before "landing" in a terrestrial forest. The contrasts between shadow and light supported the extraterrestrial touch of the sculptures. 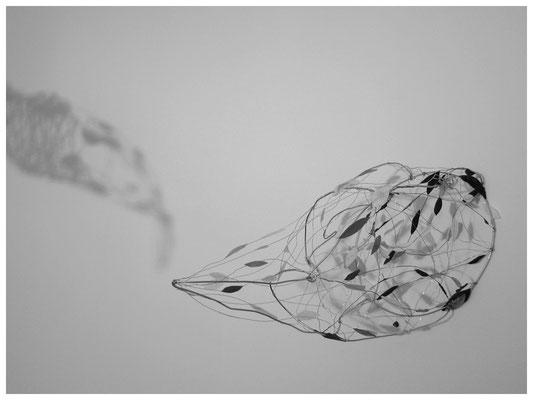 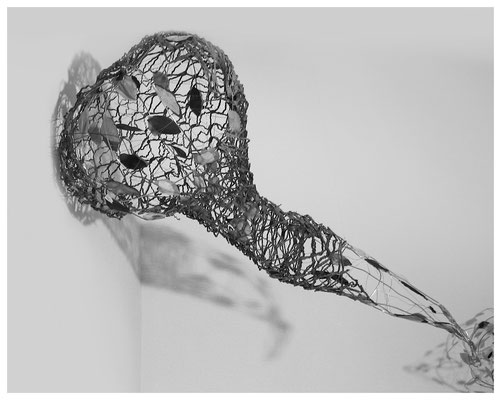 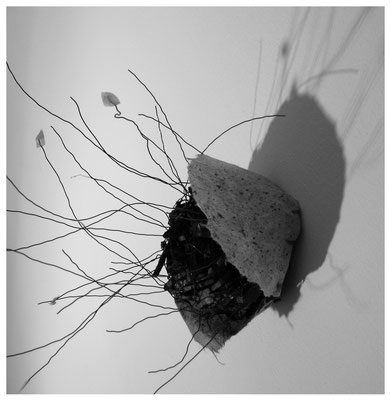